Its software provides drop ship and marketplace automation capabilities to brands, retailers, suppliers and third-party logistics providers. As CEO Peyman Zamani explained it, “drop ship” is a way that packages get from the seller to the buyer.

For example, Walgreens is one of the Logicbroker’s customers, and if you purchased a bottle of Walgreens brand vitamins from the website, it might get to you from a company warehouse, shipped directly from the provider or from a third-party, but the item you receive will be branded Walgreens. Drop ship can also happen in-store: say you see a dress you like, but the retailer only has the blue one available and you want it in red. The store can order it and send it to you or you can pick it up in the store.

Zamani, who was previously an executive at Office Depot, says this kind of technology started about 30 years ago when the concept of electronic data interchange — businesses communicating information, like purchase orders and invoices, electronically versus on paper — began to become mainstream.

“Electronic data interchange is now at the heart of e-commerce,” he added. “The concept today is the same, but what I envisioned was this taking place in the cloud, but no one was focusing on the connectivity and automation in a scalable way.” 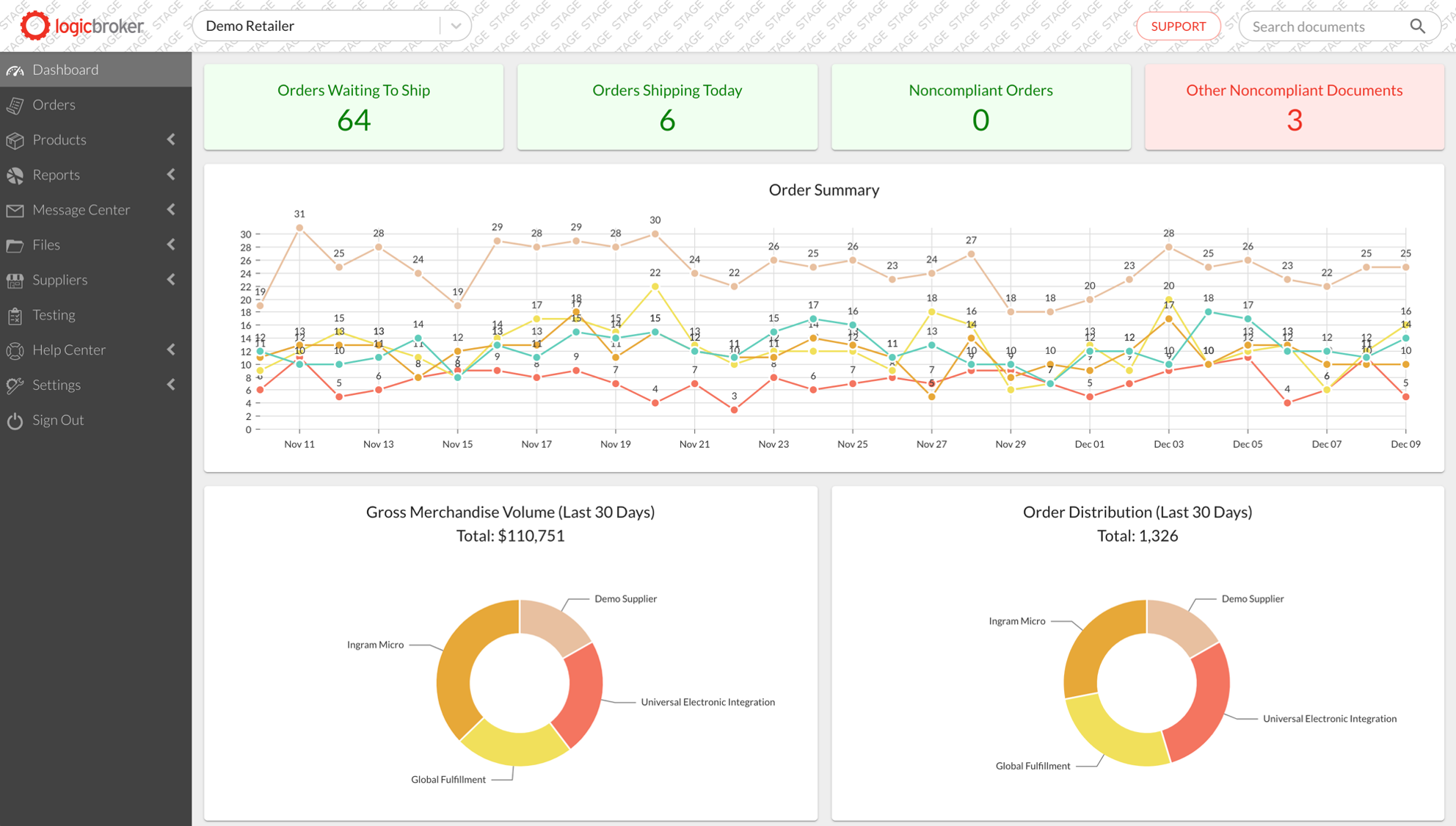 He founded Logicbroker in 2010, his third startup, and hadn’t raised much in the way of venture capital since 2013, just under $2 million, to get to profitability, Zamani said. Logicbroker hit that milestone about six years ago, and is growing about 80% year over year in revenue. It expanded into five global regions and works with over 4,000 companies, including Mars Wrigley and Samsung, to manage more than $5 billion in gross merchandise value annually.

Over the years, investors were knocking on the door, and Zamani was always “respectfully declining,” that is, until this year. The company closed out last year with approximately $2 billion in GMV and is on target to do close to $6 billion this year. In order to be a powerhouse and global leader in drop ship, Logicbroker wanted to accelerate product features, which meant going after some capital.

“We had eight offers, but picked K1 because they only invest in SaaS companies and look for category leader,” Zamani said. “We were already there in the U.S and want to repeat that globally. We could have gotten there ourselves, but it would have taken five to 10 years. Now we can get there in a couple of years.”

The new funding will go toward adding to its 65-person employee base, the global expansion and continued product development. Logicbroker launched its curated marketplace this year with half a dozen customers and intends to make it one of the company’s leading offerings over the next four quarters.

Simon Yu, senior vice president at K1, said via email he reached out to Zamani a few years ago when the firm saw that Logicbroker “was building something unique in the e-commerce space.” In speaking with the company’s customers, Yu said they told K1 how much “they loved the products and thought the team was building an innovative platform that had a direct positive impact on revenue.”

He believes digitalization of global e-commerce is still in the early stages, and behavior, like drop shipping, will become more prevalent over time.

“COVID-19 definitely accelerated some of that,” he added. “Logicbroker is fueling this transformation and we’re excited to work with Peyman and the Logicbroker team on building a category leader.”