Julia Niiro is on a mission to create a food supply chain that connects small farmers directly to consumers.

She had purchased a meat-processing company and was working with area ranchers when she learned that 85% of farmers are over 65 years old and were being asked to increase food output as populations increase, yet only profiting 10 cents on every dollar.

“Our model is to increase profits by helping small farmers get more of their goods purchased,” she told TechCrunch. “Like the traditional milkman model, people buy directly from the farm and have it delivered. This next wave of the food industry will be how to reduce the middle.”

Hacking lettuce for taste and profit

The company grew 15x in 2020, and to keep that momentum going, MilkRun raised $6 million in Series A funding. Spark Capital led the investment and was joined by existing investors Revolution’s Rise of the Rest Seed Fund, Social Impact Capital and Congruent VC. The latest infusion gives the company a total of $10 million, which includes money raised after attending Techstars and Y Combinator in 2020, Niiro said. 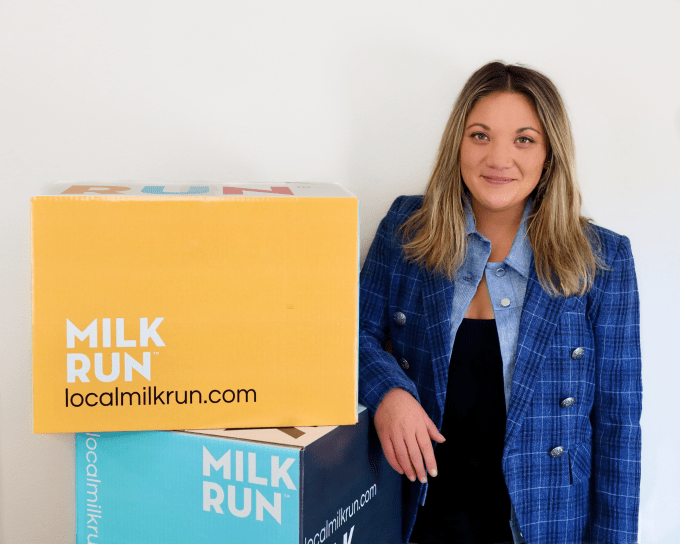 The new funding enables MilkRun to expand its delivery service to include Seattle and Austin — and a fourth unnamed market coming early next year — and to launch new products. The company recently unveiled a new bacon offering as part of the subscription service and is working with butchers to supply different styles and cuts. The company is also working with seafood suppliers in the Pacific Northwest and will use the funding to add seafood to its other markets.

MilkRun is working with over 300 small and mid-sized farms. Users go online and choose the products they want, like eggs, meat, produce and bread. The company offers a recurring subscription, with no minimum order or subscription fees, and free contactless delivery. Fifty percent of every dollar spent goes back to the farmers, Niiro said.

Since launching the service in 2019, one of the things she has enjoyed is learning alongside the farmers. The opportunity cost is high for farmers as they increase their buying power, so it has been “a relationship game” from the start as MilkRun works through the long list of farmers it wants to work with, getting them quickly integrated into the subscription service and building the infrastructure, she added.

“There has always been this tipping point and need for local food, but this chain has been broken for a long time,” Niiro said. “It is time to tip the scales back to sustainability based on small and mid-sized farmers. Commodity prices are rising to meet the level of food needs, so we are accelerating the awareness of the opportunity to really rebuild these systems and the direct world of commerce.”

Niiro also said she was excited to bring on Spark Capital as the lead, referring to the venture capital firm as “a true backer of big visions and ideas.” She explained that the food industry is a massive system that is complex, and the company is a long game play as it makes inroads into the supply chain and works on its next phase of activating the full network of small farmers to be “the largest farmer’s market in the country.”

Kevin Thau, general partner at Spark Capital, said that mission is one of the reasons the firm invested in MilkRun. Spark is attracted to consumer plays, but Thau was initially a strong holdout on grocery ordering, even as more people ordered food online as a result of the global pandemic, he said.

A self-proclaimed “picky customer” when it comes to choosing his own fruits and vegetables, his negative experiences with food delivery companies led him to embrace the farmer’s market, often taking drives out to the country to get good basic food items.

Thau noted that a majority of people typically buy the same grocery staples each week, so rather than search through thousands of SKUs for products, MilkRun is working to be that online.

“MilkRun is following the trend of simplifying things so people can choose less, but the choice is highly curated,” he added. “Julia has a great story, vision and passion. She is also unique in they way she started a technology company. She is all about local farmers, and her vision for the future is one that we buy into. People crave that local business and farm stand as they get more in tune with sustainability and climate change.”

The holiday shopping season is coming: How are growth marketers preparing?