The future of remote work is text

It’s impossible to talk about Automattic without talking about remote work. The company is a role model and innovator in this area: It has been entirely remote since 2005, and at 1,700 employees, it has helped prove that a remote workplace culture can succeed at scale.

But “remote” has taken on a different meaning than it denoted two years ago. Since COVID-19 began, companies that never planned on working remotely have moved millions of employees online. Zoom’s video meeting minutes grew 30x as employers made a mad dash to replicate physical offices within virtual meeting rooms. Initial studies have shown that productivity declined as a result.

Perhaps that’s why Automattic rejects the word “remote” entirely. Instead, its leaders use words like “distributed” and “asynchronous.” There is no online analogue to an office; indeed, Automattic doesn’t even require that employees know what each other’s faces look like.

At its most basic level, Automattic’s model isn’t about remote work at all. Instead, it’s about how the company is structured, from its management, to its communication style, right down to its hiring process.

I got a peek into just how different Automattic is from ordinary companies while scheduling one of the interviews for this article. Usually, finding a good time with interviewees involves hunting through a packed schedule for the few morsels of time available. A busy executive might have two or three openings during a week with every other slot filled.

Instead, when Monica Ohara, chief marketing officer of WordPress.com, sent me her Calendly link, I saw a wide open schedule. Ohara, by all appearances, wasn’t doing much work. When I asked about it, she laughed.

“It’s the thing I think is really broken with normal office work,” she said. “Your meeting calendar was a badge of honor and having so many meetings meant you were so important. That’s not a paradigm here.”

Instead, most communication is written and asynchronous — meaning that it can be addressed anytime during the work day.

A CMS for a CMS company

Automattic’s replacement for meetings and most office collaboration is P2, a modification of WordPress that it announced in August 2020 at the height of the pandemic and offers as a paid service.

A P2 post looks more or less like a blog post, with threaded discussions, the ability to follow replies and a Like button. Whenever employees want to discuss anything with distant colleagues — for instance, a coder in the United States who wants to share something with a designer in South Africa who’s asleep at the time — they can write about it on the company’s P2 instance. Anyone else who is potentially interested can find the same post with a search or through various discovery features built into the platform. 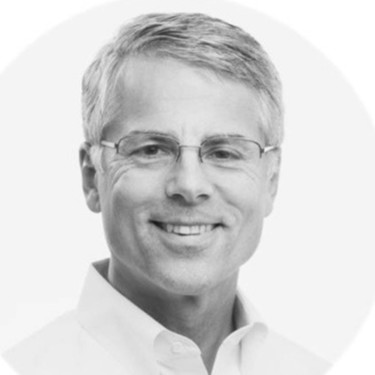 Documentation is the order of the day, up to and including information that would be hidden at other companies.

“You need to be extremely transparent. Matt [Mullenweg, Automattic’s founder and CEO] posts what he’s working on. I post what I’m working on,” said Mark Davies, Automattic’s CFO, who previously worked at smart home platform Vivint, which operated as a much more traditional company. “When I came here for the first time, I had a board meeting, and I said, ‘Let’s get to work.’ They said, ‘No way, you need to post the board deck and what the decisions were.’ I said, ‘You’ve got to be kidding me!.’”

P2 isn’t the only communication method at Automattic — the company also uses software like Slack and Jira. Nonetheless, all the company’s tools share a common thread of asynchronicity: You have colleagues across the world, so don’t expect an immediate reply.

“You’d think that things could move slower here, but they really don’t. I think in offices, there’s also this perception that you have to be in-person. People are saving things up for their one-on-one or meeting when they could have sent an email,” said Ohara. “Here, I’ll often wake up and find out there’s lots happening in Europe that I need to catch up on versus us having to wait a week or two to get a conference room.”

Documenting everything and allowing employees to consume only what they need saves time. “I spend a lot more time communicating and a lot less time listening and sitting in reviews,” said Davies.

Can social and e-commerce transform the future of the open web?